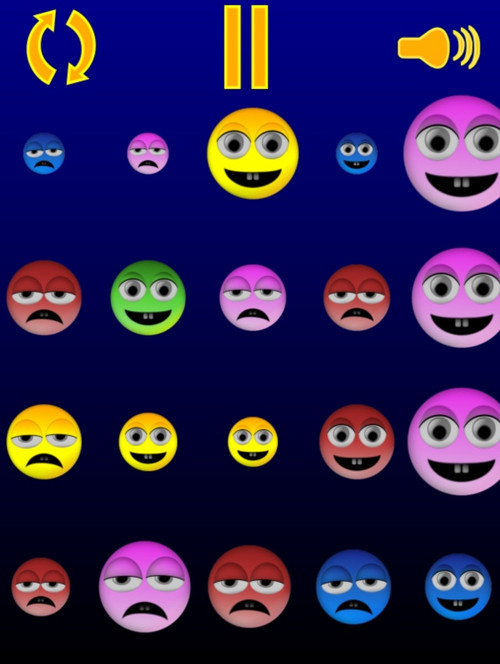 Once upon a time I wrote a game named Quirky Emotions.  This game consisted of several mini games and in the process I wrote a lot of mini games before deciding which ones to choose.  I wrote this game in both Godot and Clickteam Fusion simultaneously so that I could have a direct comparison of the software.

In the end, I decided having a mix of arcade and puzzle games would confuse the target audience and went with all puzzle games for the main game, Quirky Emotions Game that is released for Android only.  I also decided to stick with Clickteam Fusion as I got a better result with it - in terms of graphic quality, apk size and because I was familiar with it, it was a lot easier for me to use Clickteam Fusion.

Recently I discovered I still had all these template games that I wrote at the time.  So as a challenge I've rewritten these games that didn't make it into the original Quirky Emotions game, into mini browser games staying within the constraints of the free version of Clickteam Fusion - this part was just for fun, I own a license for the software and I think I have a Steam version of the html module but since I'm not on Steam I've never installed any of the Steam modules.

So here is a mini browser game, using the graphics from Quirky Emotions game, and staying within the constraints of the free html exporter of Clickteam Fusion.

This is number 1.  There are 3 more and perhaps, if I feel like it, there will be more after that.

They are  more fun if played on a touchscreen device.

Tap the sad faces to keep them from spreading.